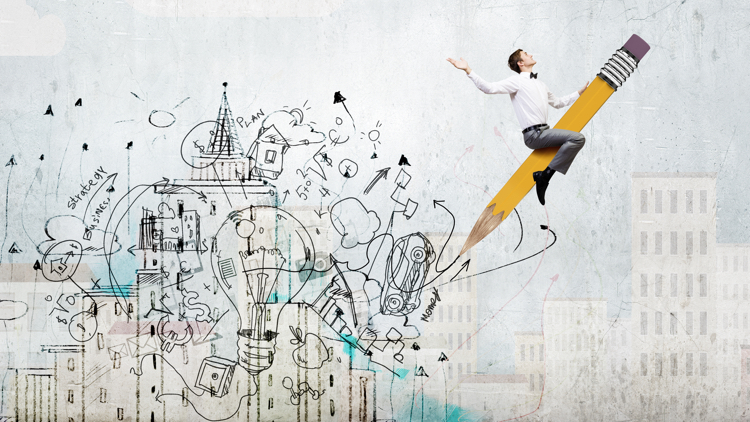 When people think about the advertising industry, the trait they’re most likely to associate with it is “creativity.” But the truth is that if the success of the ad industry rested on creativity, it would have folded long ago. Find out what’s even more important than creativity: Read on…

Today’s question comes from Renee D. who asks, “I’m worried that I’m not creative enough to be a copywriter. Is this something that’s going to get in the way of my career?”

And there’s also the fact that you’ll probably find that some level of creativity develops naturally as you master the fundamentals and then more advanced tactics of copywriting. It’s awfully hard to be creative when you’re stressed out about just being able to check of the boxes about when you need to get into a project. Once you’re more comfortable with copywriting, you’ll find it’s much easier to push outside of the boundaries.

But, most importantly, creativity simply isn’t the most essential element to writing effective ads. As David Ogilvy, one of the unquestionable masters of advertising and copywriting said, “When I write an advertisement, I don’t want you to tell me that you find it ‘creative.’ I want you to find it so interesting that you buy the product.”

Instead, the way to persuade people to make purchases (or take whatever action you want them to) is to wield the tools in your copywriting toolkit to convey the benefits of your product and connect with your target audience(s) in a way that makes them care about, desire, and then ultimately decide to purchase the product.

When you’re writing about copy, your first concern shouldn’t be creativity. Your first concern needs to be how to create a message that conveys your product in the right manner and connects with the people who need to hear it.

Once you have the crux of that message, then you can push the boundaries and exercise your creativity. But without a solid and strategic message, your ad won’t sell your products. And an ad that doesn’t sell products isn’t worth a thing.