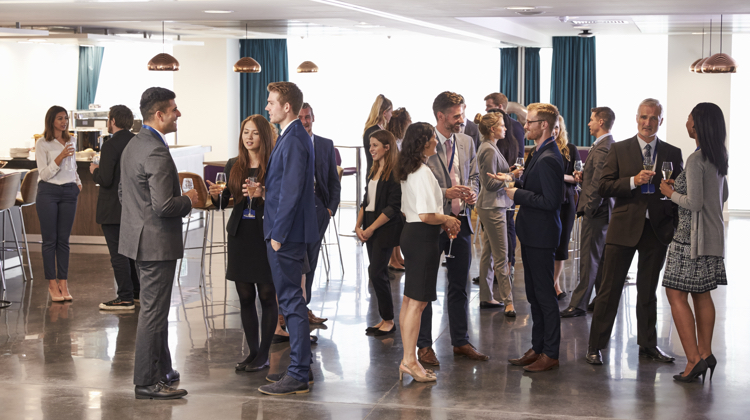 Say the word “networking” and most people grimace. But networking is both essential to building a career, and so much easier than most people think. Today, we’ll talk about just one question to ask that makes networking utterly painless. Read on…

Today’s question is from Felipe R., who asks, “I know I should network…but it intimidates me. I’m not big on talking to strangers. Do you have any tips to make it easier?”

Most people don’t enjoy talking to strangers. And, when it has to do with career advancement and connections, you can double that dislike.

The bad news is that networking (read: meeting new people in your industry) is crucial. You need a strong network to help you get work. Even though most people think the web is key to finding a job, some surveys indicate that up to 85% of jobs are found through networking!

And you can bet that goes for freelance work, too.

So, how can you be a better networker? The good news is that it’s much easier than you think.

When you’re in a situation that gives you an opportunity to network—whether it be a traditional networking event, or you just meet someone in an elevator who’s also in marketing/advertising—there’s only one question you need to ask to begin a conversation.

After you’ve introduced yourself to someone (“Hi, I’m Tom, I’m a copywriter”) and they tell you who they are and what they do, all you have to say is:

“How did you get into that?”

This question is perfect for three reasons. First, people like to talk about themselves and their stories. It’s an easy way for them to continue the conversation.

Second, you might learn something useful. Their “origin story” might give you ideas for how to build your own career.

And third, it’s an easy jumping off point for more conversations or questions. (“Interesting! How did you/When did you/What did you/etc.”) When they give you details about how they got started, you can just ask more questions about those details.

You can also tell your own story. (“I’m just getting started in copywriting, so that’s really interesting to hear. I knew I wanted to be a copywriter when…”)

Remember, above all, networking is just a conversation. It may feel stressful, but you’re really just two people talking.

And when you start out with that question, you’re doing everyone a favor—you’re giving them an easy topic to discuss.

Your turn! Do you have any other go-to networking questions or tactics? Let us know in the comments below!