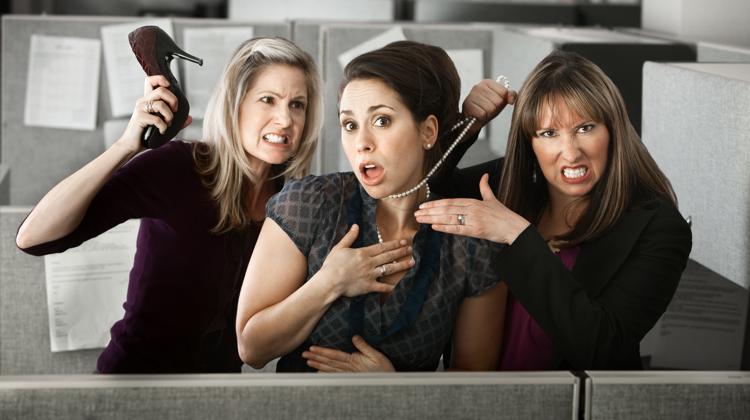 Wouldn’t it be wonderful if the world were always a bright, shiny place and everyone was always supportive? Oh it would, it would. But that’s just not the case. So let’s talk about how to stay up when other people are bringing you down. Read on…

Today’s question comes from Cressida H. who asks, “I’m really excited about copywriting and I actually have a lot of confidence that I’ll be able to make it my career. However, I’m not exactly getting the support I’d have expected from some of the people around me. Do you have any advice?”

The simple fact of the matter is that people are going to have opinions about what you do, no matter what that is, and many of them are going to voice them. Some will be positive and some will be…not so positive.

Before we dig into how to deal with it, though, let’s make sure we’re on the same page. Some people will offer you feedback with the goal of helping you and supporting you. That’s great and often very useful. But what we’re talking about today is the feedback that isn’t helpful and isn’t supportive (even if they pretend that it is!) and, instead, just makes you feel lousy about yourself and your choices.

How can you tell the difference? If you feel lousy, it’s generally not good feedback, not matter what their intentions are. You simply can’t make good decisions from a place of feeling crummy about yourself. So if you get feedback that makes you feel bad, you’re dealing with detractors or, in today’s parlance, “haters.” They hate what you’ve got goin’ on.

Let’s start with in person. Usually, we’re talking about friends, relatives and significant others who share with you their opinion about things you’re doing or choices you make. And though they’re close to you, they’re not always very nice about how they share their thoughts—and they’re often not especially informed about all of the details, either.

With this group, you may be lucky enough to be able to simply say, “Thanks for your input. I appreciate your intentions, but this is what I’m going to do and it would mean a lot to me to have your support.”  Other people, though, simply won’t let up. In this scenario, it’s more likely that you’re just going to have to get tough and say, “Thanks for your input, but this is what I’m going to do. Since we don’t agree, I don’t think we should talk about it anymore.” If it comes up again, change the subject—and do that every time until they get the point.

This is your life and you have the right to live it the way that you want to. Besides, there’s a good chance that the advice or info they’re giving you isn’t especially well-informed. Unless this person is a creative director or a well-paid, working copywriter, take advice with many, many grains of salt. Their passed along advice from someone whose brother couldn’t make it as a copywriter isn’t useful.

The second group of “haters” is people online. You won’t encounter these people until you start promoting yourself online or writing blog posts, social media posts, or social media ads for a client. The crazy thing is that there is a group of people out there who get their kicks from writing mean and nasty things on social media and in website comments.

There really is nothing you can do about these people. In fact, there was a Psychology Today article that indicated that internet trolls like these are actually sadists and psychopaths offline, too. (Really!) You can’t engage with them, but you also can’t let an online psychopath make you feel bad. They’re really and truly crazy. All you can do is ignore them.

There are some people that say that if people are saying mean things about you, you’re doing something right. I don’t really see it that way. Instead, just know that at some point, everyone who posts anything online is going to get a mean comment or message from some crazy troll. It’s not just you and it doesn’t reflect on you or the work that you do. If there’s nothing at all constructive you can take from it, just write it off as your  time getting trolled.

Now, with all of this said, let’s take a moment to talk about the people who aren’t saying mean or unsupportive things. That is, let’s talk about the good people. Sometimes we get so wrapped up in ourselves or what we’re working on that we let loving and supportive words go by unacknowledged.  Don’t let that happen.

Knowing that there are so many crummy people in the world who would love nothing better than to make you feel bad, be sure to thank the people around you who encourage and love you. Those are the people you need to be listening to.

Your turn! Have you encountered haters? How have you dealt with it? Let us know in the comments below!