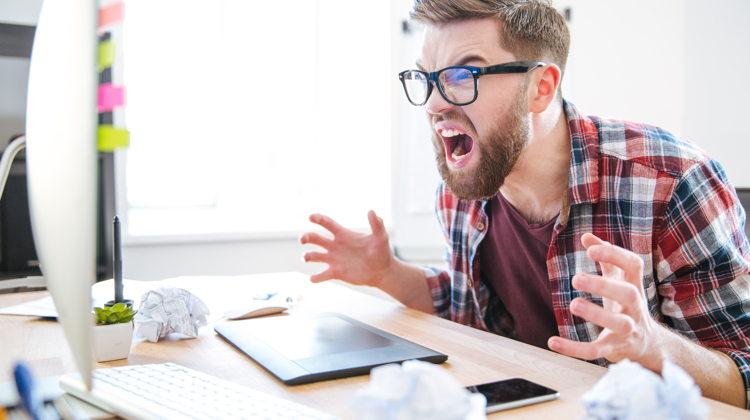 I’ve written before about how our company’s name, Filthy Rich Writer, really rubs people the wrong way—and why that’s actually a good thing.

But even beyond that, whenever we run any ads on Facebook about copywriting, we always get some kinds of argumentative, and even sometimes nasty, comments.

Now, I can tell you honestly, as a copywriter with 15+ years of experience, that copywriting is a real career that you absolutely can get into if you want to. It’s not some kind of mystical impossible job; there are thousands of working copywriters around the world (if not more) and there is still a shortage of skilled writers.

So, I wanted to show you a comment that we got on a post the other day. This one isn’t even particularly angry, but it’s still very much worth looking at:

Let me assure you: This isn’t true. Sure, companies that are looking for copywriters want you to actually have some experience writing copy. But that’s obvious, right?

Here’s the big takeaway: This guy has no idea what he’s talking about…but he’s positive that he’s right.

I’ve talked before about the kinds of people who tell you that copywriting is hard to get into. This is one of those people. He’s sure that he’s an authority and he knows the “real deal” about the industry…but he has no idea what he’s talking about.

Just as importantly, here’s some very good news: This guy is your competition, in your career in and in your life. And it’s not just this one guy. There are thousands, if not hundreds of thousands like him.

Many, if not most, people make judgments about things they don’t know much about, then decide these things are too hard or are impossible. They give up on the opportunity, they give up on themselves, and then they go around telling people that things “can’t be done.”

And this doesn’t just happen in copywriting or even just in careers—there are infinite places in your life where people who have no idea what they’re talking about will tell you that something can’t be done.

They’re wrong, and it’s up to you to be savvy enough not to listen to them.

If you’re going to take advice, take advice from people who have been successful at what you want to do—not those who haven’t.

This guy, and hundreds of thousands of people just like him, are already out there limiting themselves and their own lives because they’re so sure they know the lay of the land—and they’re not interested in learning any different.

So don’t let him or anybody like him get in your way. Get your own information, and get it from people who know.

And then enjoy the fact that while people like this are waiting for success to “find” them and wondering why everyone else is making progress in their lives…you’re moving forward and creating exactly the kind of life you want to live.

Your turn! What kinds of bad advice or misguided people have you encountered in your personal and/or professional journeys? Let us know in the comments below!