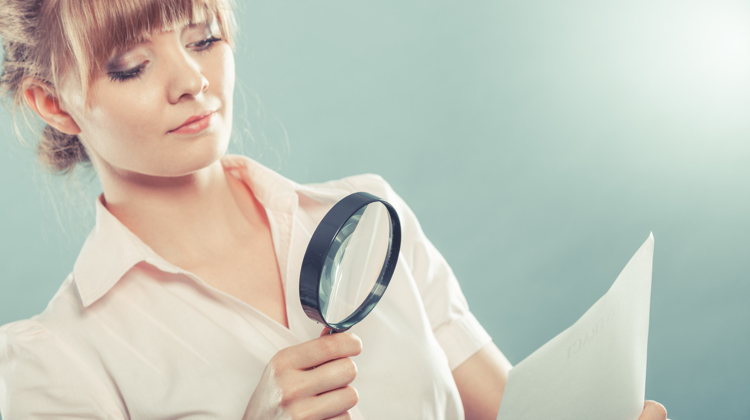 When a potential client or employer gives you a document to sign, most of us just sign it without a second thought. After all, you want the work, right? But today we’re going to dig a little more into the implications of one of the most common legal documents you’ll sign: the NDA. Read on…

Today’s question comes from Priyanka R., who asks, “The HR director at my new job asked me to sign an ‘NDA.’ Is that something I should do?”

Let’s backtrack a bit before we even talk about signing it and define what an NDA is. NDA stands for “non-disclosure agreement.” The general gist of a non-disclosure agreement is that you agree not to publicly discuss (disclose) projects you work on at a company. Sometimes a company will limit it to a specific project, and sometimes it will cover everything you work on.

Sometimes, though, companies may use NDAs if the nature of the work they do is sensitive. For example, a law firm may ask you to sign one to ensure you don’t discuss any privileged information.

In either of these cases, you’re being asked to sign this NDA because the company you’re working for doesn’t want you making your work public. Sometimes that non-disclosure may be indefinite, or sometimes it may just be until the project is made public by the company first.

Before you sign the NDA, you need to understand what projects it covers, and for how long. Don’t be afraid to ask questions; if they want you to sign something, they need to be able to explain it all clearly to you.

Here’s a good article on LegalZoom about how to understand the wording in an NDA and the different elements you’ll find in one.

It’s also important to understand how it affects your job prospects: sometimes a job is contingent on signing an NDA. That is, if you want the job or the work, you have to sign the NDA.

So, if you need to sign the NDA but still want to share your work on your portfolio, what are you options? Well, first, if there’s a time limit on the NDA, you can wait to post the project until that time limit is up.

So, in the end, it’s your choice whether or not to sign an NDA; the most important thing is that you fully understand the ramifications of both signing and not signing it.

If you’re still curious about what an NDA looks like, here’s a sample NDA from LegalZoom.

Your turn! Have you ever had to sign an NDA for a client/job? Were you able to use the work in your portfolio? Let us know in the comments below!