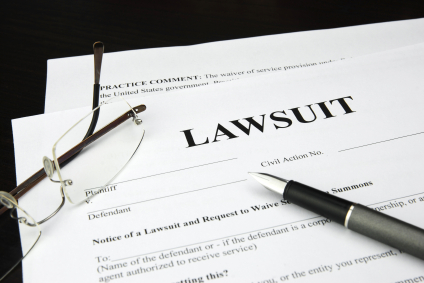 An “NDA” is a pretty common legal document employers or clients will have you sign. But, if you’re not clear about exactly what it is and what it entails, you could take actions that will leave you open to major trouble—including lawsuits. So let’s be sure you’re covered!

Today’s question comes from Alistair B. who asks, “My new client wants me to sign an NDA. What is it? What does it mean?”

Well, an NDA is a “non-disclosure agreement.” Essentially, it means that you agree not to tell anyone about any of the projects you’re working on for a company or client. A company might have you sign an NDA if you’re working on a new website that they don’t want their competitors to know about before it launches. At the same time, a company might have you sign an NDA even if you’re not working on sensitive projects, just in case you see or overhear something that is!

This is a pretty common agreement and—once you’ve read it through thoroughly, of course—you should feel pretty comfortable signing it. (I’m betting that your work with them is contingent on signing it, anyway.) But here’s where you want to be careful. NDAs don’t just govern talking about projects you’re working on, they also govern sharing samples of it.

So, for example, if you’ve signed an NDA for a project and you put samples from that project up on your online portfolio before you’ve been given the go-ahead, you’re violating your NDA. This might net any range of ramifications, starting with a slap on the wrist from the company to them terminating work with you—or even, potentially, a lawsuit.

Not good stuff! So, how can you post your fabulous work and be sure you’re not violating your NDA? Generally, NDAs for projects become null and void once the project is live to the public: once a website is live, once an email has been sent, once a magazine ad has been published. If the rest of the world has seen it, you don’t have to keep it a secret anymore.

If a project has never been made public, though, you may still be okay to show it in your portfolio—as long as the product or project it is a part of is public. So, for example, if you work really hard on a fabulous email to promote a product but they decide not to send the email, you’re probably still fine to put it in your portfolio as long as the product it’s advertising is public.

How to be completely sure you’re safe? Ask! Everyone knows that copywriters and designers will want to put projects they work on in their portfolios, so don’t be shy about mentioning it. You can simply ask your creative director or your client when they’ll be comfortable with you adding a particular piece to your portfolio and showing it off to the world. If they’re not sure, the HR director may have a better idea. Either way, get their approval, and you’re golden.

Your turn! Do your clients have you sign NDAs? Have you ever had trouble with showing samples because of it? Let us know in the comments below!