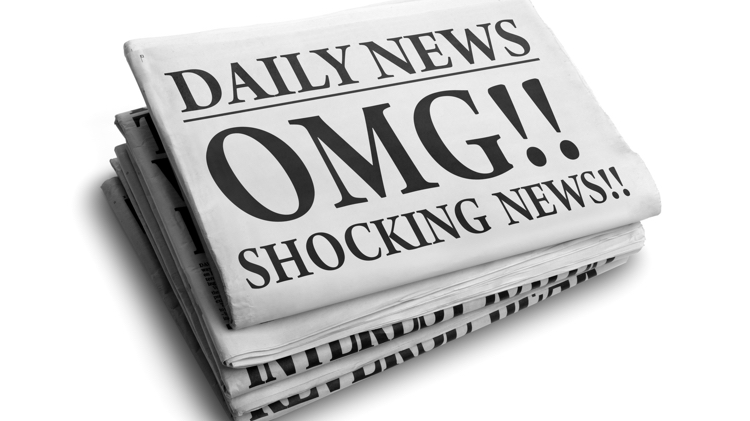 Press releases can be a terrific addition to your copywriting toolkit and can be yet another way to win your client’s devotion. However, there’s one big mistake that many release writers make that leave their clients feeling like they wasted their money.

Full disclosure: I went to school for public relations (majored in it, actually). I quickly discovered that I liked the writing of releases much more than I liked the pitching of the stories.

I also quickly discovered that many PR firms will take a client’s business (and money), even if they don’t really think they can get them any press coverage. They may try valiantly to get them on the news or in the paper, but they often know from the outset that their client’s “news” probably isn’t going to get any pick up.

The “news” that the client wants to get coverage for often isn’t really news. People inside the organization care that they participated in a book drive for the local library, but the general public, well, doesn’t.

When you write a press release for a client, you must find a way to make it newsworthy.

Believe it or not, that’s the number one thing that press release writers fail to do. More often than not, they get tasked with writing a release for a client and they put their focus into quickly churning out a well-written release—instead of even thinking about whether that release will even get any attention.

What Makes Something Newsworthy?

Now, “newsworthiness” is highly subjective; the truest definition for it is really whether a news outlet’s audience is going to care about something. Of course, purists would argue that true newsworthiness has to do with whether a story affects humanity and talks to the greater issues in society…but since we’re living in an age in which NBC Nightly News runs YouTube videos of dogs dancing, I think that definition has evolved a bit.

If an audience cares about something, it’s generally because it benefits them in some way: It entertains them, informs them, or inspires them. In order to craft a release that has the best chance of getting covered by a news outlet, you have to write a release that very powerfully does at least one of these things.

If your client gives you a story to write that doesn’t do any of these things, it’s up to you as a professional to try to find an angle that makes this story newsworthy.

Any press release is already up against hundreds of others any day of the week, and releases that aren’t newsworthy automatically get deleted or tossed. You owe your client the service of helping to give that release its best chance of getting covered, and you do that by making the news important.

Your turn! Have you written press releases for a client? What was your experience like? Let us know in the comments below!