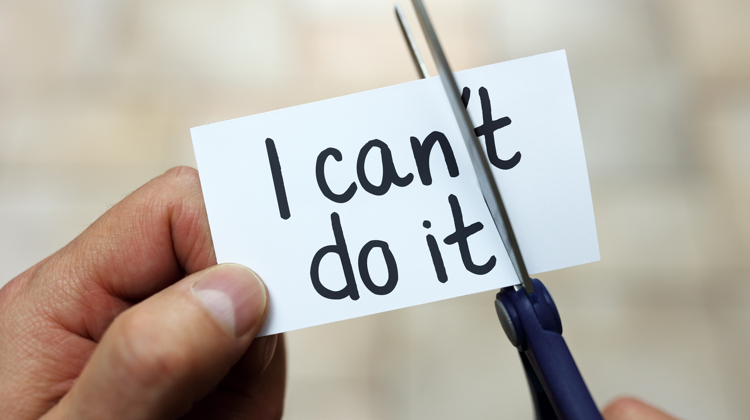 If you spend any time online among entrepreneurs and business owners, you’ll already be familiar with a very popular topic: the “money mindset.”

If you don’t, here’s what it refers to in nutshell: Your money mindset is how you think about your finances and about money in general.

People with a positive money mindset believe that they can make as much money as they want and that abundance is perfectly possible for them at any time.

People with a negative money mindset believe that money is hard to come by, that they’ll always have to work hard for money, that they’re not truly deserving of making money, or any of a host of other beliefs that put a cap on their earning potential.

If this all sounds a bit “woo woo” to you, it is…and it isn’t. If you’re a devotee of the Law of Attraction and the “think it, believe it, achieve it” philosophy, then this makes a lot of sense to you.

But even if you’re not, even if you’re deeply skeptical of anything that feels at all metaphysical or New Age-y, your money mindset is still something you need to investigate.

You may say, “Heck, sure I’ll give this copywriting thing a try! I’d love to make a great income as a writer!” but if your ingrained beliefs are things like, “Writers can’t make any money,” “I’m not cut out to make much money” or “You have to be a jerk or really salesy and conniving to make a lot of money,” you’re going to sabotage yourself at every opportunity.

I see this every time I run an ad on Facebook. Invariably, someone will comment something like, “It’s impossible to make good money as a copywriter!” or “Yeah right: Writer work their butts off for no money.”

But here’s the interesting thing: These beliefs absolutely dictate these peoples’ experiences. Copywriters who make six figures and more aren’t commenting, because they know it’s possible; they do it every day. What’s to comment on?

It’s only the underemployed ones, the ones who are working hard on the wrong things and in the wrong ways, who have developed this limiting belief. And by operating from the place of “it can’t be done, it’s impossible,” guess what? They’ll never do it! That’s not metaphysics or some kind of New Age-y stuff; that’s just a fact.

Limiting beliefs keep you closed off from possibility and keep you trapped in a small life. And the bad news is that pretty much all of us have limiting beliefs in one way or another.

There are plenty of great resources and books out there about changing limiting mindsets and limiting beliefs so I won’t go into exactly how to change them. (I’m also no expert! I have to work on my own limiting beliefs just as much as the next person.)

But I will tell you that the first step is the most important one: Just identifying what limiting beliefs you have. Once you start identifying them, you’ve taken the most significant step toward changing them.

Your turn! What limiting beliefs do you have? Are you willing to share? Let us know in the comments below!