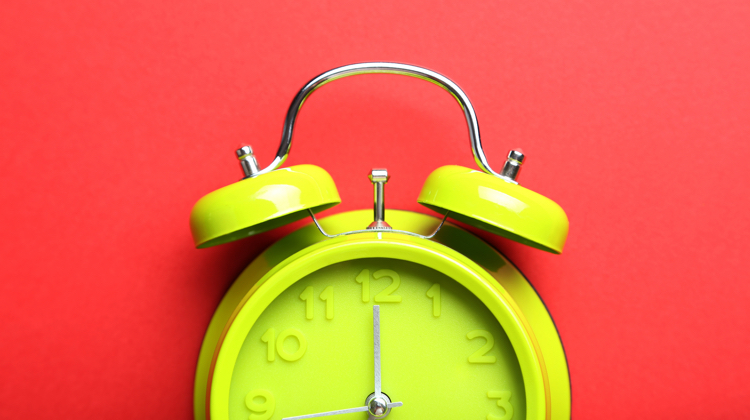 I’d love my clients to think I have a super-human ability to get down to work and churn out amazing copy.

However, the truth my students need to know is that I absolutely do not have that super-human ability, and I often find it just as hard to get focused and sit down to work as anyone.

And because I know I face this challenge—and because I get the questions about it from students all the time—I’m on a regular quest to find ways to overcome procrastination and lock in motivation.

But you know what I’ve recently discovered? Motivation doesn’t work. Or, as coach and speaker Mel Robbins says, “Motivation is complete garbage.”

I’d been hearing about Mel Robbins’ work for a while, but when I stumbled across her book “The 5 Second Rule” and its bevy of five-star Amazon reviews, I was intrigued.

To be honest, though, I almost didn’t buy her book. I mean, her premise is simple: when you’re facing something you don’t want to do, count down, five, four, three, two, one and then move.

“Meh,” I thought, “I get it. I’m not impressed.” After all, Mel herself calls the premise “silly” (because it’s so simple). But one day the book was on sale on Amazon, I bought it…and I’m infinitely glad I did.

See, the tactic itself is absurdly simple—which is part of what makes it so powerful. But what’s more powerful is that it makes you work around the things that hold you back.

As Mel Robbins says, “You can’t control how you feel. But you can always choose how you act.” The reason we don’t take action, even though we really, really know we should is that we don’t feel like doing something. We know we should get started, but we hesitate. And that hesitation turns into procrastination and maybe even putting something off forever.

“Hesitation is the kiss of death,” Robbins says. “You might hesitate for a just nanosecond, but that’s all it takes. That one small hesitation triggers a mental system that’s designed to stop you. And it happens in less than—you guessed it—five seconds.”

Using that countdown “Five, four, three, two, one, GO!” and then taking action disrupts that hesitation. You don’t try to change your feelings; you stop them from making your decisions for you.

When you think about anything that you know you should do but that requires any amount of extra effort for more than five seconds, it’s highly likely that your emotions will take over and stop you from doing it.

Or, even if you’re able to overcome your emotions every once in a while, it takes such an extraordinary amount of willpower—of which you have a limited amount every day—that it wipes you out from doing anything else that requires a little effort. (Things like eating healthily, making a phone call that you don’t want to make, moving on from one project and then starting another…)

The 5 Second Rule is a tool for overcoming all of this – the emotional decision, the willpower overload, the beating yourself up for not doing what you need to do. Five, four, three, two, one—then move. It really is that simple, and it really is effective.

Clearly, I’m a major evangelist and I highly recommend you read the book for yourself, but I’m not being compensated in any way for this post. I just wanted to share something that works. 🙂

Your turn! Have you tried The 5 Second Rule? Has it worked for you? Let us know in the comments below!