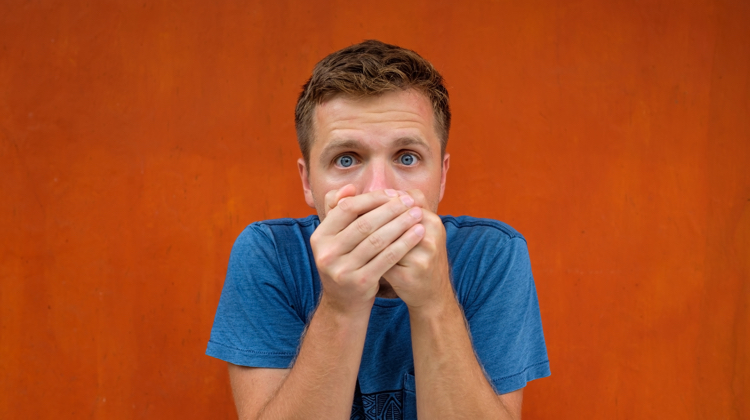 But it’s one thing to know that and another thing to act on it.

The problem is that many people—maybe you included—are deeply afraid of prospecting clients.

Which makes sense! There are very few people in this world who relish talking to strangers.

And even fewer people who relish not only talking to strangers, but then trying to sell them something!

So if this is your fear, congratulations: You’re in good company.

I also have more good news: This is a very easy fear to dismantle.

Most people think of prospecting as going out and passing out business cards or cold calling businesses. And yes—those two things do sound pretty awful, don’t they?

But those aren’t the most effective ways to prospect. They make a small impact, and they’re haphazard.

The first thing you need is a system. You can’t expect any level of success if your prospecting consists of just reaching out to people when you feel like it or think about it.

In the Comprehensive Copywriting Academy, we teach prospecting as a series of steps that you go through again and again on a regular basis. Instead of knocking on doors or cold calling people, we’ve systematized exactly how to reach out to prospects, nurture them, and close the deal.

And it’s plug and play. You could use our system and say, “Okay, Mondays are going to be prospecting day” and Monday mornings, for an hour or two,
– You do the research
– You craft your prospecting emails
– You send them out
– And then you follow up

It’s so much easier not to talk yourself out of doing this prospecting work because it’s easy and it’s a standard system. There’s nothing scary about it.

And the other key point is that, with a system like this, you don’t even have to talk to anyone until you know they’re at least somewhat interested.

You’re not cold-calling and you’re not walking up to a group of strangers. You’re reaching out via email or mail and it’s only when they’ve indicated that they’re interested that you get on the phone with them.

When you already know they’re interested in hiring you, it’s so much easier to get on the phone. Sure, there are still some people that are going to tell you “no” but you know that you’re not annoying them and that you’re not trying to sell them something they don’t want.

You’re there to solve a problem they understand they need solved.

Prospecting for clients is a common fear…but that doesn’t mean it needs to be a valid fear. In fact, with the right plan, it’s downright easy.

So, your turn: How are you going to up your prospecting game? Let us know in the comments below!